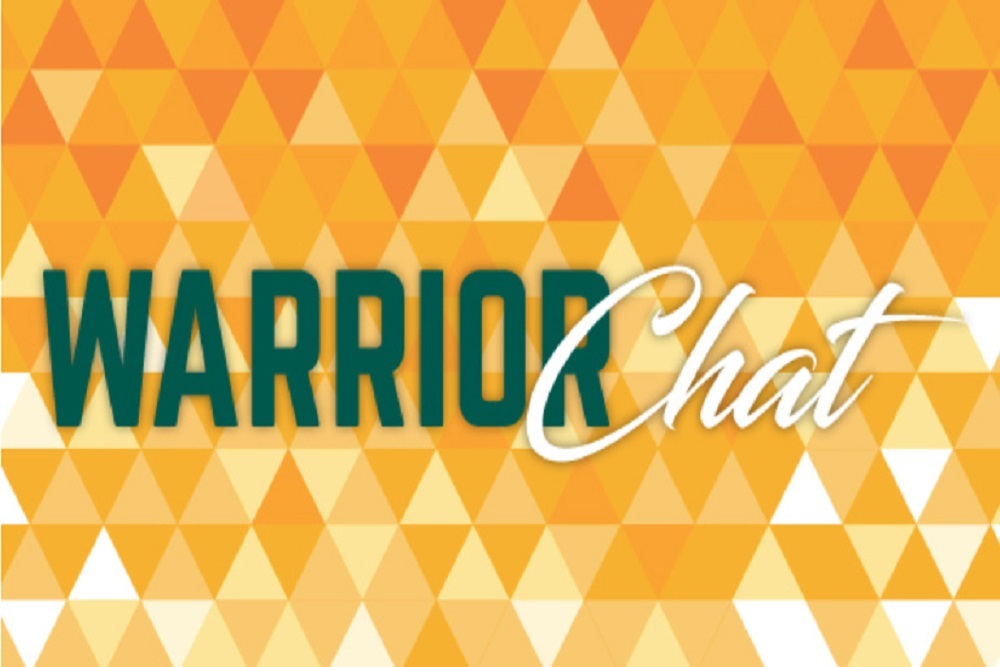 Beginning with the Michigan presidential primary on March 10, the majority of students who live on campus will be able to cast their ballots at what is now Detroit’s Precinct 149 in the Keith Center. Students who live in University Towers will continue to vote nearby, at a church across the street from Old Main.

At a reception formalizing the polling location, Wayne State President M. Roy Wilson noted that Wayne State was one of only two institutions in Michigan to receive a platinum seal for achieving a student voting rate above 50% during the 2018 midterm elections.

“Thanks to this new, convenient polling location, I think we can expect those numbers to go up,” said Wilson. “This leads me to our next announcement. I’m very pleased to announce that this year, Wayne State University has officially declared Election Day, Tuesday, Nov. 3, 2020, a university holiday. This means there will be no classes, and the university will be closed, with the exception of essential personnel who must report to work. This holiday will afford faculty, staff and students the liberty to put their civic duty first.”

Based on those concerns, the Student Senate — led by its current president, Stuart Baum — worked with the university’s leadership, Detroit City Council and the Detroit City Clerk’s office over a period of years to formalize an agreement for the on-campus polling location. Baum says that in addition to overcoming barriers to voting, the new location will help students feel more at home on campus.

Michigan Secretary of State Jocelyn Benson, a former dean of Wayne Law and law clerk for Judge Keith, acknowledged the impact the new polling location will have.

“Thanks to all you have done, more voices will be heard, more votes will be counted and Judge Keith will be proud looking down on all of us,” said Benson.

WSU Board Chair Marilyn Kelly, a former Michigan Supreme Court Justice who also knew Judge Keith, recalled his pride in the eponymous center and his belief that voting rights are the most important constitutional right in our country.

“How fitting it is that right here, in this center named after the grandson of slaves who could not vote because of racism, we’re celebrating the opening of a new polling place,” said Kelly.

During his remarks, Wayne Law Dean Richard A. Bierschbach recognized a number of current and former Keith Scholars who were on hand for the announcement. He also noted that Keith’s famous quote — “Democracies die behind closed doors” — doesn’t just refer to transparency and accountability of elected officials.

“It also refers to the doors to the voting booth,” said Bierschbach. “The ability to cast a vote is the most fundamental accountability mechanism there is.”

An added benefit of the new polling location is the new relationship with the city. The Department of Elections had representatives at FestiFall and signed up 70 students to work at the polls, and the clerk’s office now holds poll-working classes at Wayne Law. In addition, the Alternative Spring Break Detroit program run by the Dean of Students Office will have 62 students working at the TCF Center counting absentee ballots during the Michigan primary.

Through a collaboration led by the Dean of Students Office (DOSO), the College of Education Theoretical and Behavioral Foundations Division, and Counseling and Psychological Services (CAPS), Wayne State has launched the Warrior Chat program, a free peer counseling program to all currently enrolled students. Graduate students in Counselor Education and School and Community Psychology will serve as the peer counselors.

Warrior Chat peer counseling sessions are designed to provide an open and inviting environment for students to seek help and support from fellow students. Peer counselors will be available at the study tables on the third floor of the Student Center, directly across the hall from the Dean of Students Office (Room 301), beginning Monday, Feb. 10. A schedule of Warrior Chat times is available online. No appointment is necessary and Warrior Chat is offered every afternoon and evening, except for Saturday.

“Wayne State Warriors care about each other. They want their fellow students to succeed. And we know that student wellness and well-being is crucial to student success,” said Dean of Students David Strauss.  “We all need someone to talk to from time to time, and the Warrior Chat program, through the skilled work of the College of Education, will provide our students this important resource.”

Warrior Chat is the latest in a suite of programs and resources housed under DOSO’s Warrior Life and Wellness program, a campus wide collaborative effort focusing on students’ lives as Warriors —connecting them to success at Wayne State through involvement, engagement, spirit, pride, wellness, and well-being.

As always, members of the Wayne State community are encouraged to file a CARE Report if they are concerned about the well-being of a student or colleague.

Want to get notified whenever we write about Wayne State University ?

Sign-up Next time we write about Wayne State University, we'll email you a link to the story. You may edit your settings or unsubscribe at any time.